On 18th June 2015 today’s Artillerymen took part in remembrance services across the country beside the graves of officers and men who served with the Royal Regiment of Artillery at Waterloo. The service repeated the Waterloo100 event in 1915, with wreaths of laurel and red roses charged with blue cornflower or blue iris.

At Mercer’s freshly restored graveside stood today’s men of Mercer’s G Troop RHA, now part of 7 para, still based in Colchester, from where G Troop commenced their epic journey of 1815 as recorded in Mercer’s wonderful Journal of the Waterloo Campaign.

The event has echoes of Mercer’s own ceremony on each Waterloo anniversary when he selected laurel leaves and roses from his own garden to adorn the French lance that he was given the day after the battle. 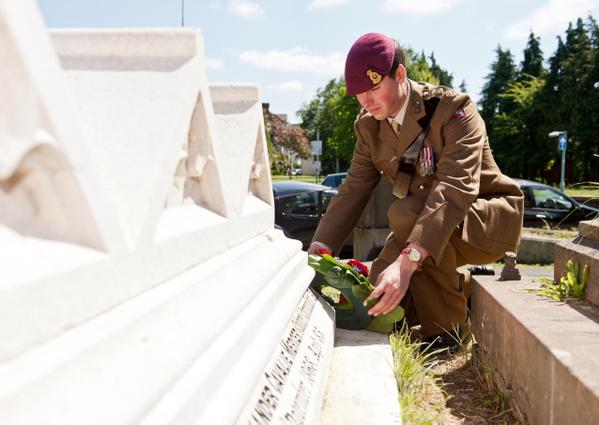 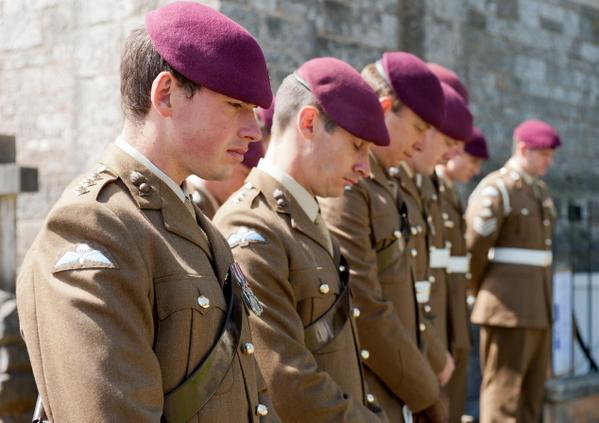 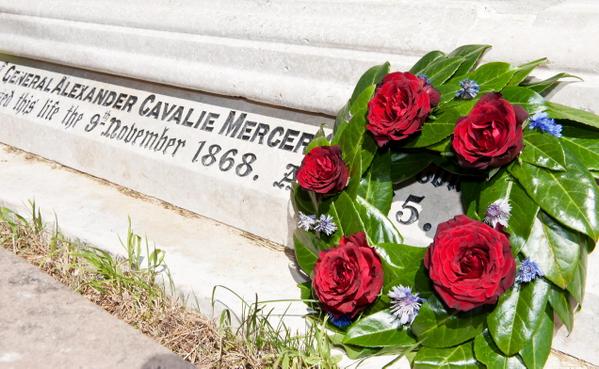 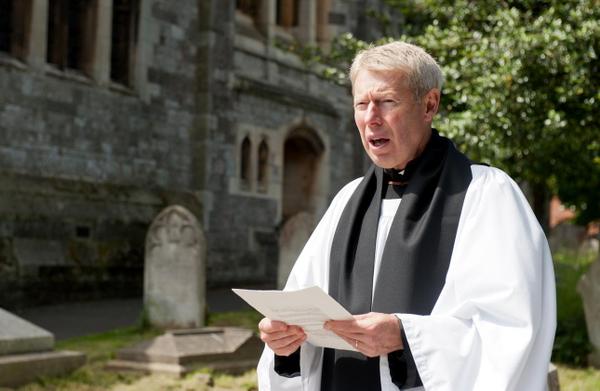 The Reverend Tom Honey officiated. The service included the words: “For their courage and bravery shown during the Battle of Waterloo, For perseverance in the face of danger, For putting others’ lives before their own, We will remember them.” 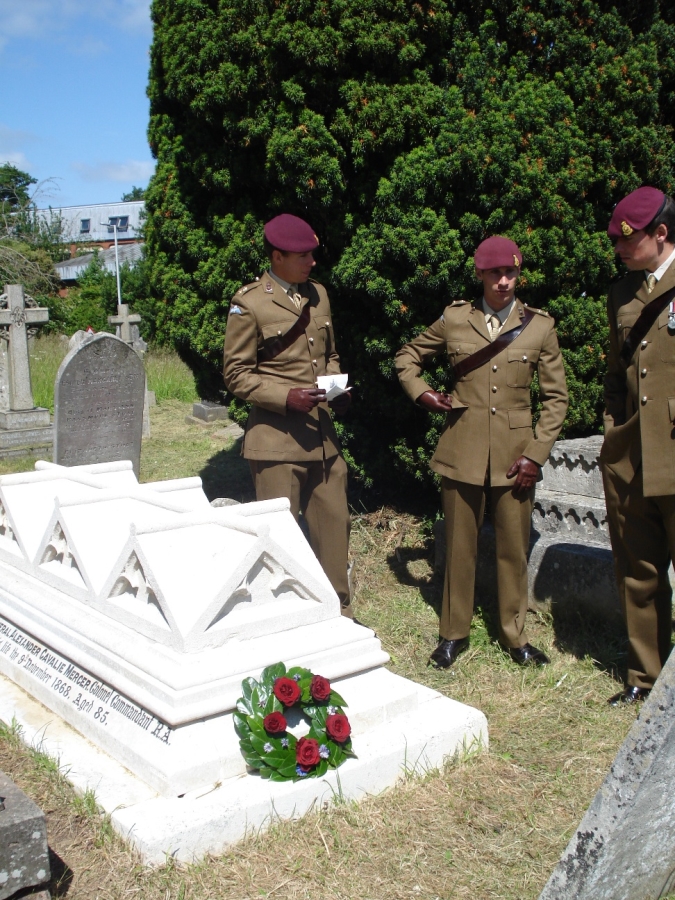 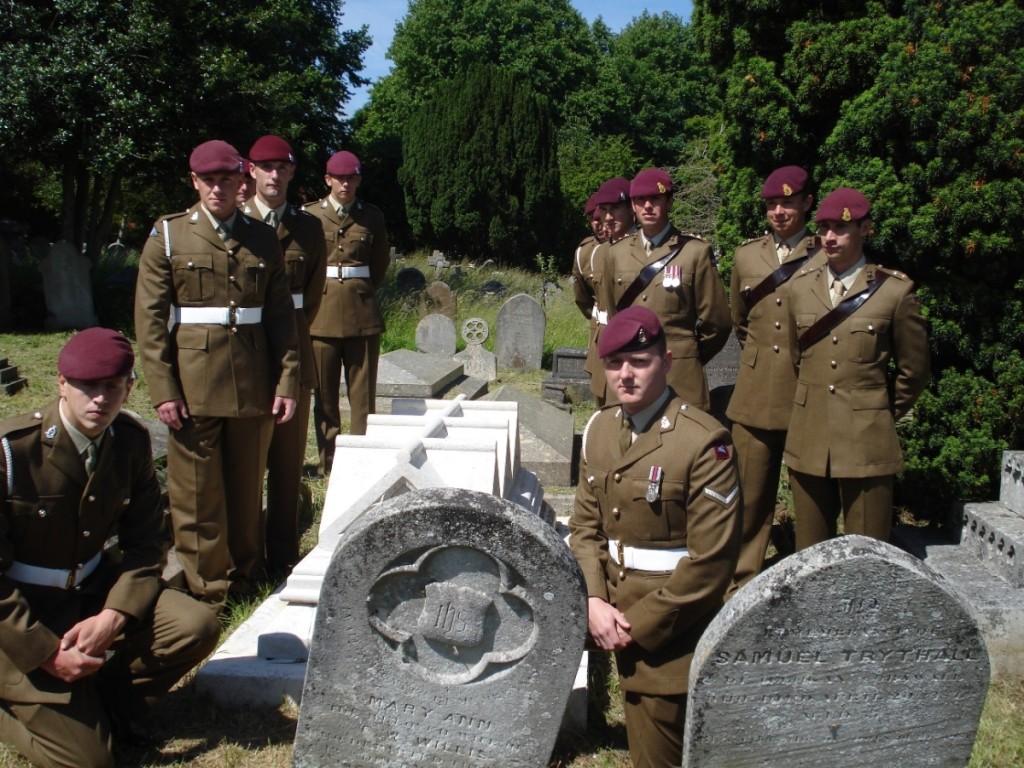 Moving indeed. The event secured coverage on ITV, and hit the local pages of the Exeter Express & Echo and Western Morning News. The latter carried the story alongside a novel idea that the dashing Hussar Major General Sir Hussey Vivian of Waterloo fame was the inspiration for the fictional Poldark!