Glorious news! On 10th June 2015 Mercer returned, or more properly his gravestones returned, to St David’s, Exeter. The stonemason team from Williams & Triggs have achieved wonders, and these images record the exciting sequence of events:

A few weeks before, armed with all the certificates and permissions we needed, a few curious onlookers witnessed the heroic struggle as both brain and brawn triumphed in shifting these precious but alarmingly heavy stones. You can see the dedicated team of Gary and Jake hard at work here. The initial work gave a tantalising glimpse of the beauty of the Portland stone beneath the grime. 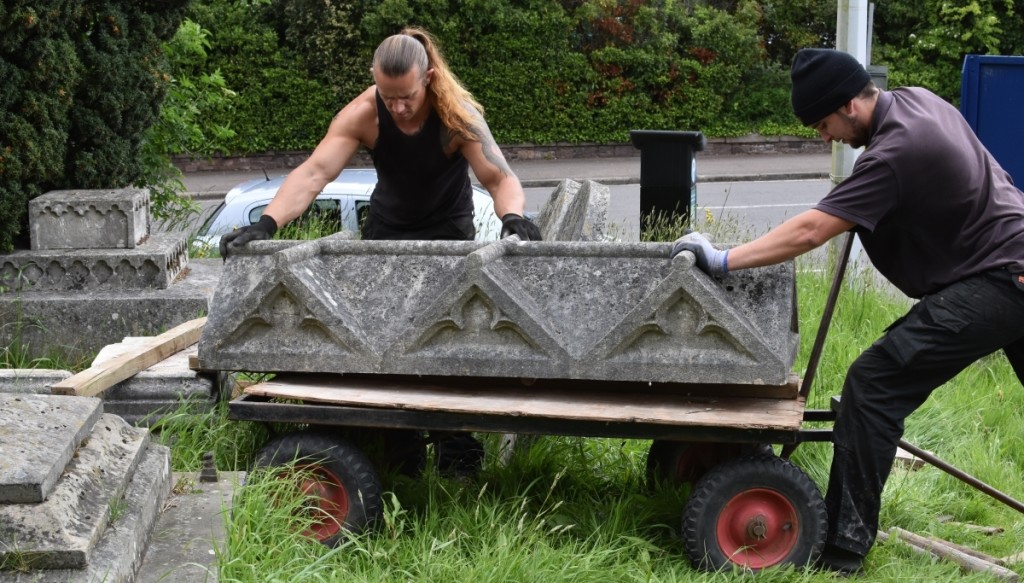 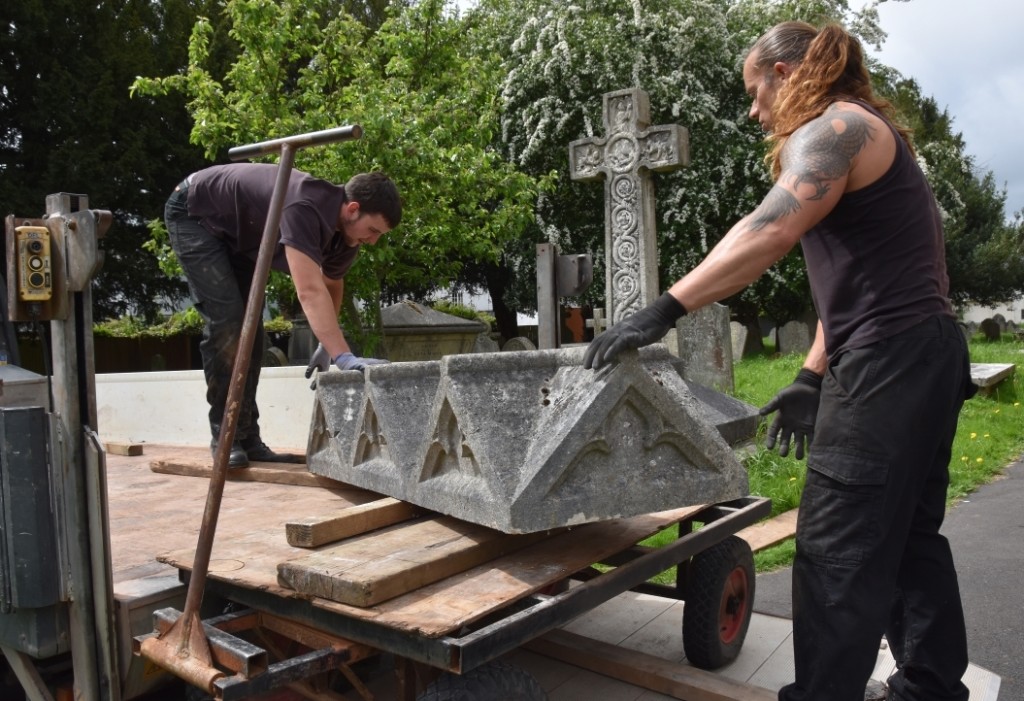 Not since 1826, when St David’s unwittingly became the centre of the first grave-robbery case in England has there been such activity. Surgeon William Cooke, requiring bodies for medical science, faced prosecution for the felony of removing linen from the body, whereas removal of a body was, at that time, simply a misdemeanour!

Besides the stone cleaning and repair, the inscriptions have also been refreshed. Portland stone weathers heavily and without this work the wording would have been lost forever. Mercer shares his grave with his sister Theodosia who lived within sight of the church, and died in 1881, thirteen years after Mercer. This image reveals the condition of the inscriptions once the top stone was removed: 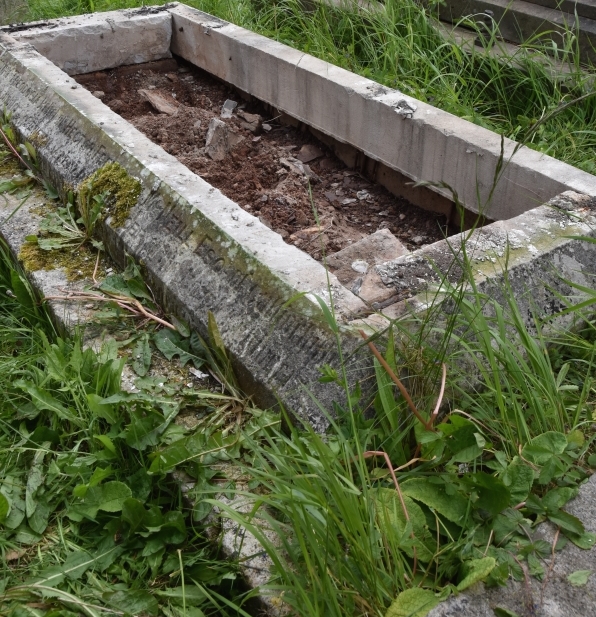 Here is a real craftsman at work. Peter is re-carving the inscriptions by hand in the original script. This is the other side of the grave to Mercer’s wording, showing Theodosia. Wouldn’t it have been wonderful to know brother and sister first hand, they clearly got on very well! 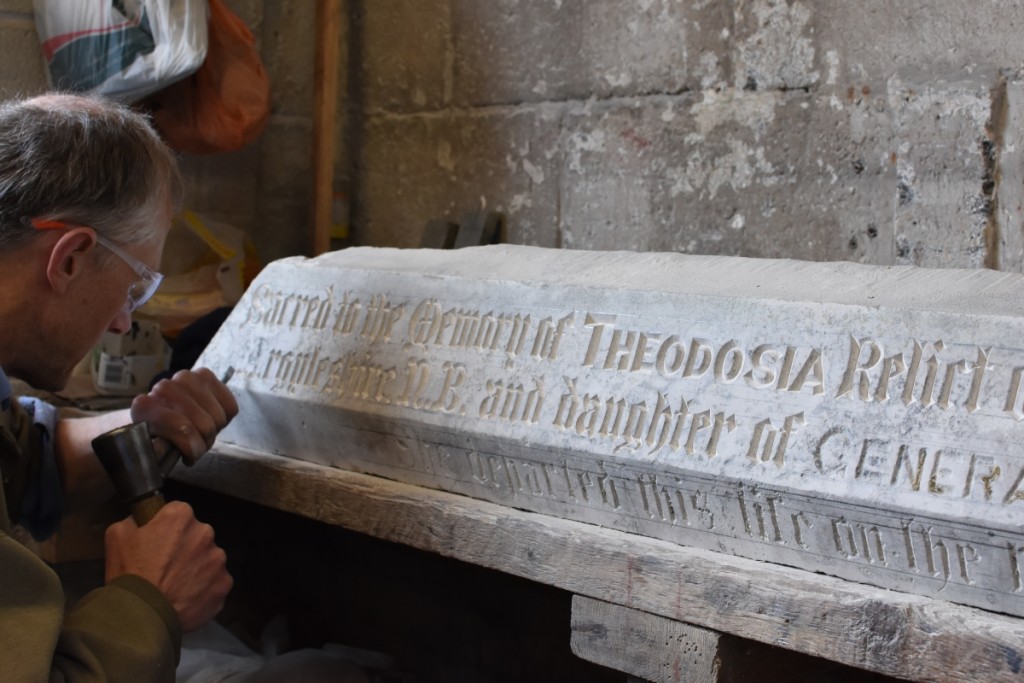 The Portland stone is wonderfully bright, and this is really very fine quality Portland; often Portland is riddled with fossilised shell but Mercer was buried with the real deal. We even know the name of the stonemason who carved the original Mercer stone, as he inscribed his mark “Faulkner, Mason”. 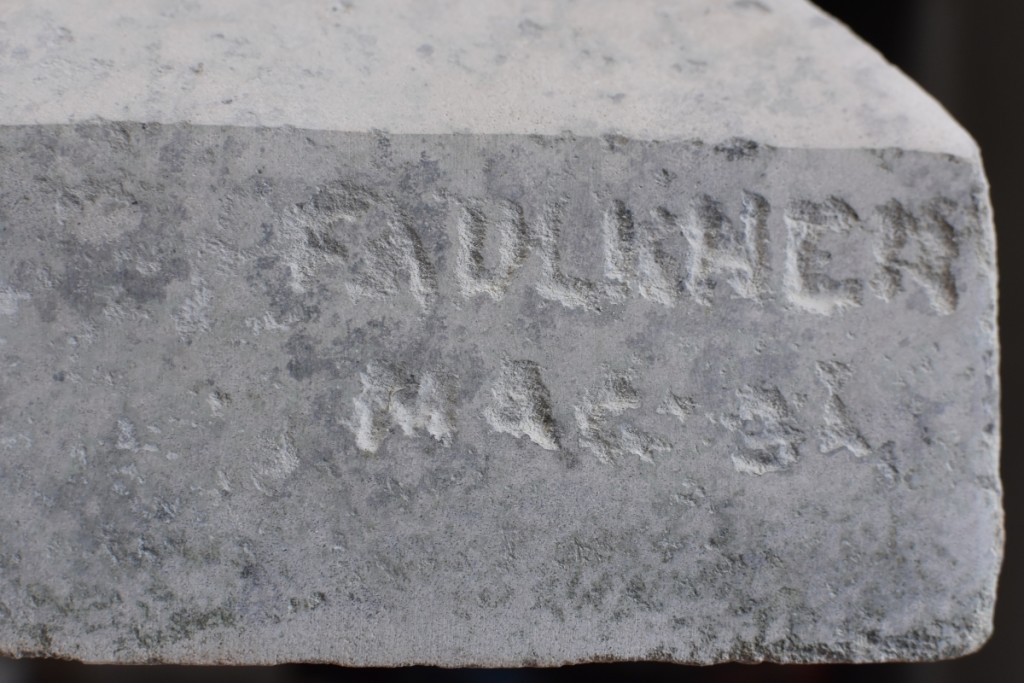 A few weeks later the stones returned revealing the true beauty that lay underneath the grime. Detailed adjustments to the top stone: 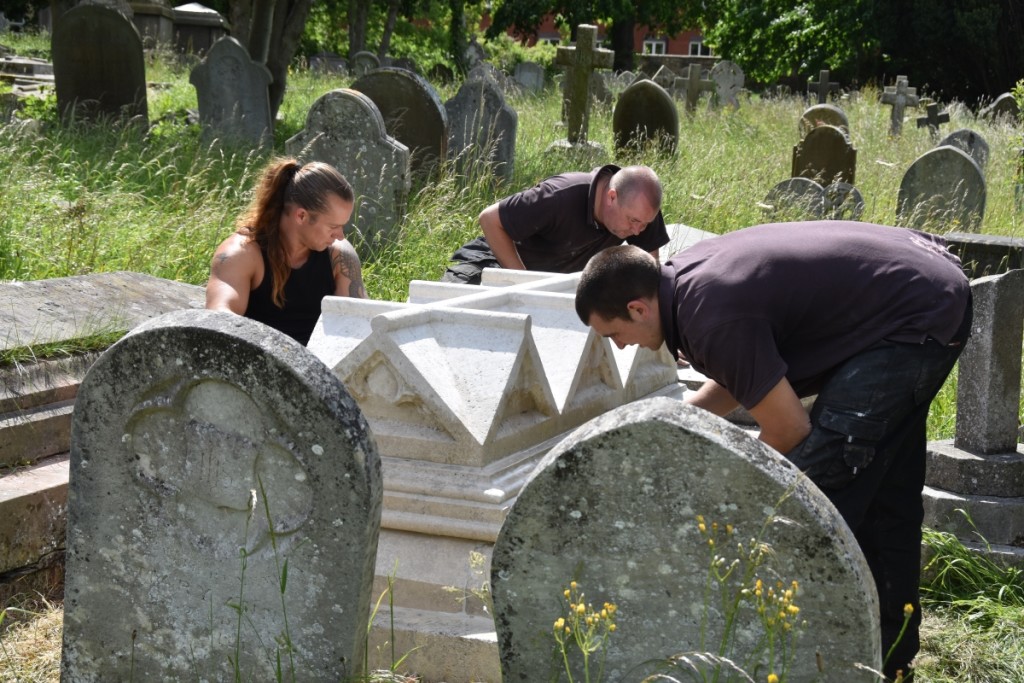 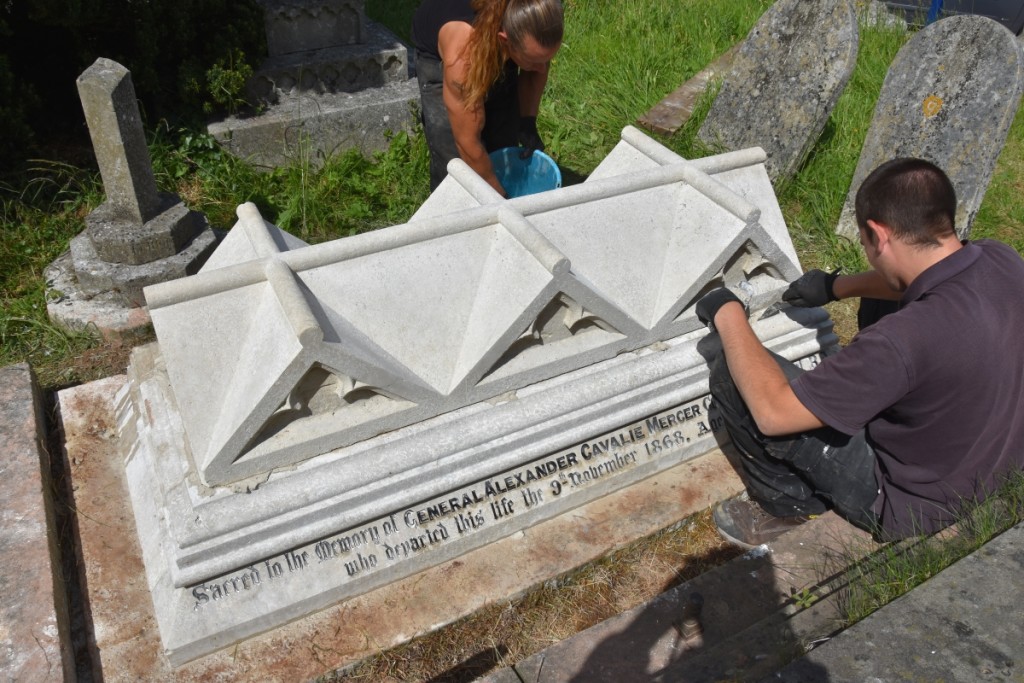 The magic that is Fairy Liquid: 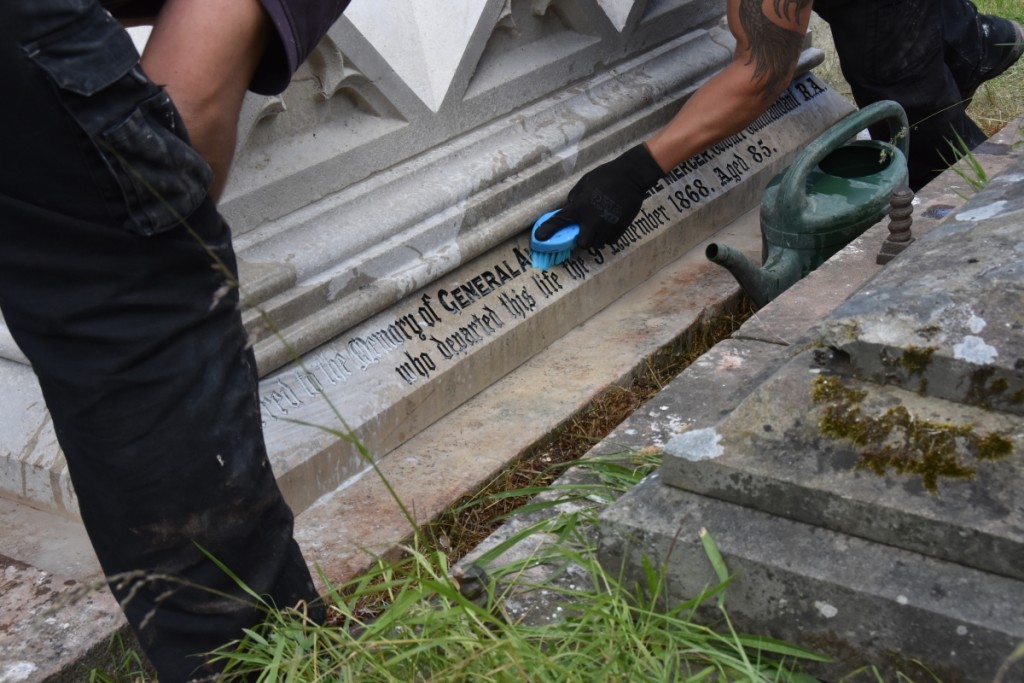 After, work concluded by the merry band of (from left) Jake, Matt and Gary: 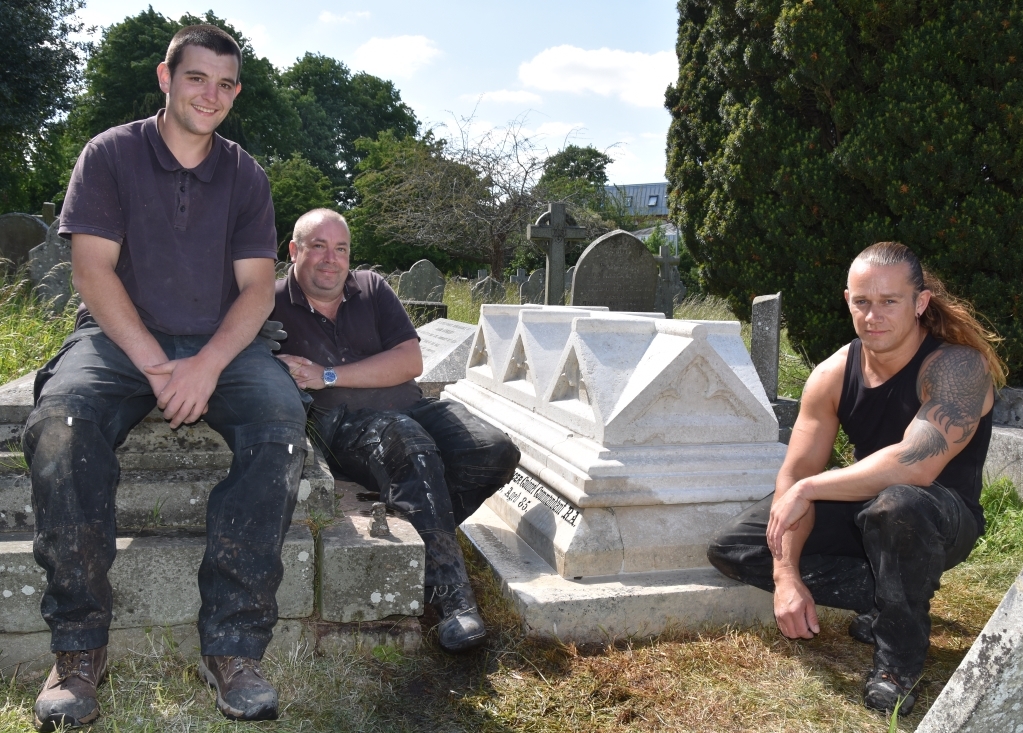 The very next day, Mercer’s new look was being admired by Capt Luke Denby-Hollis of the current Mercer’s G Troop RHA and Reverend Tom Honey, planning the graveside service for 11am on 18th June. (See here). 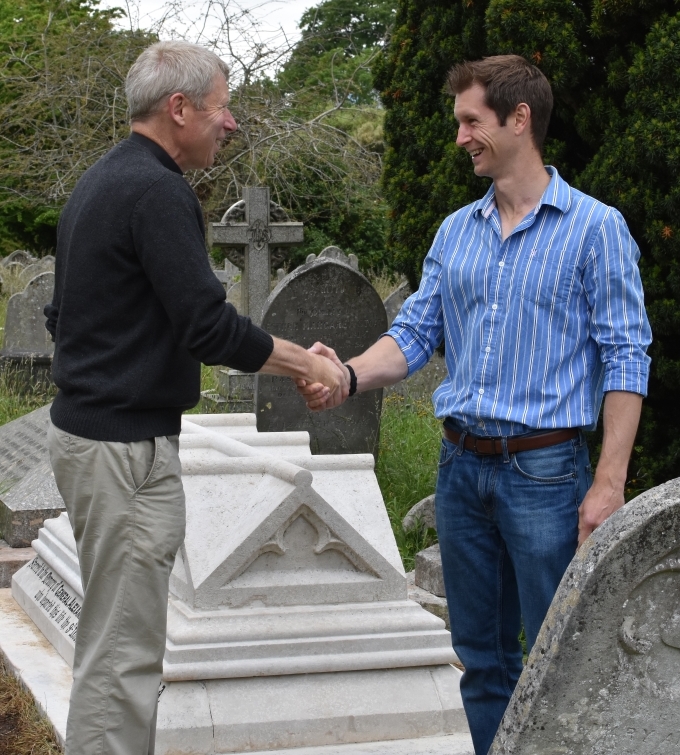 And if stills just aren’t enough, here is a little video showing Mercer’s resting place being encased once again here.

We now need to build a fund to continue to care for the grave for the next 100 years. If you can help or encourage others to help us reach our target, please ask them to visit www.GTroopRHA.co.uk/get-involved.

People Power is a wonderful thing, you can play a big part in making this happen, and I’m sure Mercer will be smiling down upon you!

As Mercer would have said as he sung out at Waterloo, intoxicated by success, before almost striking the Duke of Wellington (by accident!) with his sword: “Beautiful! – beautiful!”